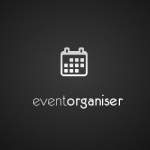 1.11.0 RC1 is now available upon request, with the intention of releasing 1.11.0 in the coming weeks. This release has been longer in the making than originally anticipated, but they are a lot of big improvements. Please note that the minimum requirement for Pro has been raised from Event Organiser 2.0.0 to Event Organiser 2.1.0 …

This is a patch release to address an error with the %submission_date% e-mail placeholder, which can be used in the notification settings to include the date of the event’s submission.

In the past week some customers have been reporting that PayPal processed bookings have not been auto-confirming. From those reports it would seem that this issue has been occurring no earlier than the 1st July 2015. The issue is related to a PayPal url used for verifying the authenticity of PayPal Instant Payment Notifications (IPNs), …

This much awaited update introduces a number of significant improvements. Booking form templates now over-ridable by themes Previously only the (overall) booking form, and ticket picker were ‘templated’ (where templates are provided, and can be replaced by creating a template of the same name in your theme). Now, every field element is templated, giving you …

Following a security audit of Event Organiser and its extensions, the plug-ins listed below have been found to contain a XSS vulnerability. A patch for each extension has been released. You are strongly encouraged to update. If you are unable to update the plug-in from within the admin dashboard, you can also download it manually …

Event Organiser Pro 1.10.0 has finally reached public beta. This update has long been tested in-house and running live on a number of sites as part of a closed beta. Subject to further tests, this release If you’re an existing customer and you wish to try out this version early, please get in touch to …

An often requested feature is to have a recurring event whose occurrences may happen at different times. Currently you can define an initial event and can repeat that across days, weeks, months or years according to fairly complex rules. However, each occurrence is at the same time of day. Event Organiser 2.12.0 changes that – …