This is a minor bugfix update which addresses the following: Adds support for translations Adds Swedish translation Fixes a bug where the ‘book now’ button was not locked during Stripe API calls

An update for the front-end submissions extension was released today. This update includes a fix for a security vulnerability relating to Event thumbnails. Only sites allowing users to upload an event thumbnail are affected. The bug allows users, under certain circumstances, to circumvent the upload file type and size checks. Such files are still subject …

In April 2015 the PCI Security Standards Council issued guidance that SSL and early versions of TLS could no longer be considered secure. It set a deadline of June 30th 2016 for payment vendors to only allow connections over a TLS1.2 secured channels. As part of this, PayPal (and other payment vendors) have begun the …

Event Organiser 3.0.0 is due to be released in January 2016, and is the biggest update to date. While there are some fairly obscure breaking changes, mostly the API changes are backwards compatible. There is, however, a major revamp of the calendar shortcode – and in particular its appearance – as well as some minor …

Event Organiser 3.0.0 changes the way the plug-in looks and, to a lesser degree, behaves on the front-end of your site, replaces some legacy API and increases the minimum WordPress version required. While these changes are intended to be improvements to the plug-in, and most can be easily reversed, because they may impact the front-end …

Event Orgnaniser iCal Sync 2.1.0 was released today. It updates the user interface, including improvements for accessibility; Adds a hook for filtering imported venues and exposes command line commands through WP-Cli. Documentation regarding the venue hook and WP-Cli support can be found here: http://docs.wp-event-organiser.com/importing-events/importing-events-from-an-ical-feed/ 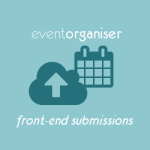 Templates All form elements now have corresponding templates (though some, such as the input and number fields, share the same template). This templates live in event-organiser-fes/templates/elements/ and include template parts for form labels, descriptions and error message. You can over-ride a template by copying it the root of your theme. Added elements There have been …

Event Organiser Pro 1.11.3 is an important bugfix release to address a few issues that have been raised and to ensure compatibility with WordPress 4.4, which is due to be released December 8. Please note that if you update to WordPress 4.4 with Event Organiser Pro, venue meta queries and event-venue queries, including proximity queries …

Event Organiser Pro 1.11.2 is a minor bugfix release to address a few issues that have come to light: Event search shortcode now uses the registered labels for taxonomies rather than hardcoding the labels (This means if you’re using changing the labels of the event category, venue or tag taxonomies, these are reflected in the …