Versions 2.1.2 and earlier incorrectly charged customers when used with a zero-decimal currency (such as the Yen). For such currencies, the customer would be charged 100 times the intended amount. This occurred because an adjustment that needs to be made for currencies with a decimal amount (e.g. the dollar and the pound, which have cents … 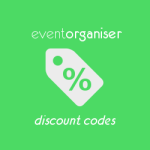 Fresh of the back of Event Organiser 2.4 and the improvements added into the iCal parser, this update of iCal Sync not only takes advantage of the added support, but also now provides much better feedback on feed errors or warnings. Improved Timezone Recognition iCal Sync now is much better at interpreting timezones (and there …

First of all a big thank you to all those who took 1.4 for an early spin and tested out the beta-versions. After some thorough testing I’m confident 1.4 is the best and most stable release to date. A summary of the features added can be found here, but they include the much requested ‘Simple …

1.1 is about be released this week so I’d share with you some of the updates that shall be included: What’s in 1.1 Guest booking options 1.0 gave you the option of only allowing logged in users to place bookings. Or you could allow guests to place bookings, but they would be created an account. …